Funko just announced their E3 exclusive POP! figures and among them is a new 8 Bit Mega Man. He’s purple and has the Black Hole Bomb outfit scheme. It is said it’s an E3 exclusive figure but also says it will be available at GameStop. Check it out below! 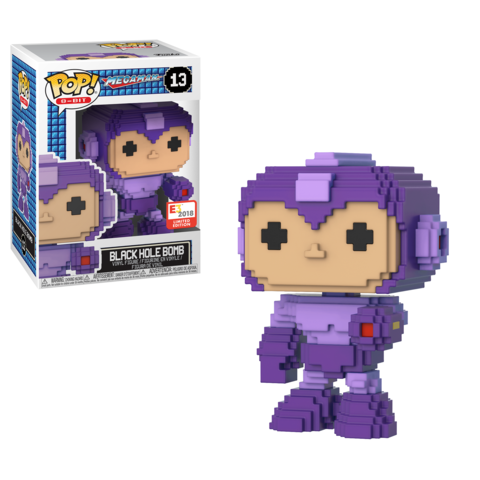